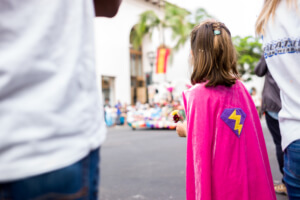 Christopher Chapman, 27, walks down a hallway past historic Disney memorabilia encased in glass at Marvel Studios in Burbank, Calif. He looks like any other young talent, in a gray sweater and jeans with a backpack slung over his shoulder.

Chapman comes across as a quiet soul, someone colleagues might easily label the “office loner.” His conversation—typically one- to three-word answers—is torturously slow and delivered without expression.

Has he seen Ant-Man, the hit for which he created the credits—nearly eight minutes of scrolling names? He shakes his head. Then, very quietly, “Nope, some of my friends have.” Do they think what he does is cool? Another awkward silence. “Yep.” Ask him what the best part of his job is and finally Chapman cracks a tiny smile. “It’s when I walk home and see the Disney Tower characters illuminated,” he says. “It makes me feel like I did something magical today.”

Chapman is part of a new wave of digital effects artists: He has autism spectrum disorder (ASD), a developmental disability characterized by repetitive behaviors and difficulty with social interactions that affects 1 in 68 American children. He found his place in the entertainment industry thanks to Exceptional Minds (EM), a visual effects animation studio serving Hollywood that’s also a nonprofit vocational training program for young adults with autism.

ABA Behind the Scenes: Extinction in Behavior
July 15, 2019

ABA Behind the Scenes: Reinforcement and How Behavior Changes
May 30, 2019